Jeff’s least favorite course in college was Finance, so how he ended up in the mortgage business is anyone’s guess. Additionally, after getting the first mortgage of his life at the ripe age of 24, he swore to himself that he would never get into the mortgage business. He recalls thinking, “I hate those people—and I will never work in that industry!”

A short two months later he landed his first job as commissioned loan officer in an industry he thought he hated. Having been a first-time borrower just two months before entering the business, he says with a chuckle that he “knew exactly how not to treat his clients.” From the beginning, Jeff mastered work-flow and systems that were driven by customer-experience. After just 18 months in the business, Jeff formed a successful mortgage brokerage with Aaron Brown called “Advantage Lending” in 1999. Seven years later in 2006, after years of incubation and planning, they launched Box Home Loans with the mission of changing how mortgages are done in America.

Jeff is primarily in charge of Box Home Loans’ technology, and spends most of his day executing his and Aaron’s shared vision that the right technology can make the loan process faster, less expensive, more predictable, and somewhat paradoxically, more human.

Aaron was born in Roosevelt, Utah but spent 18 years in Arvada, Colorado. He moved to Salt Lake to attend school and ended up meeting his wife Shannon on a double date. They have 5 kids: two boys and three girls. He loves spending time with his kids and exploring their interests which range from Competitive Cheer to High School Rodeo. His free time is spent riding motorcycles, SCUBA diving, and spending time in Southern Utah with his family, but it’s snowboarding in fresh powder that somehow “makes everything alright.”

Aaron has always dreamed big and loved working with people. His introduction to the mortgage industry came while he was selling life insurance to a neighbor who said “If you can make money selling Life Insurance, then you could make a whole lot more in mortgage lending.” Two months later he was a Loan Officer for City Mortgage making more money in one month than he had the previous year selling life insurance. In 1997 Aaron and that same neighbor started their own mortgage brokerage – Infinity Financial Services. Jeff Reeves became the company’s top producing loan officer from day one.

Aaron’s role with Box Home Loans is primarily marketing and he loves being involved with the operations aspect of the business as well. Measuring everything from ROI on marketing campaigns to the finer points of fulfillment allow us to know when we’re on track with our vision as a company: Giving our customers the best experience at the lowest price. Our Operations Manager, Kally, is used to excitement in her life. Her family was always on the move, literally. They were not a military family and managed to move 20 times while she was growing up. That wasn’t enough for her however, as she decided that she needed a year in Argentina before her 18th birthday as an exchange student thirsty for the start of her own adventures.

Kally’s road to the mortgage business started in a bagel shop. As a starving student, she was looking to get a part time job when an attorney behind her in line offered her employment at her law office. That job started her networking into a real estate brokerage where the office space she worked in was managed by Jeff and Aaron. One day, they literally cornered Kally with a job offer to work for them for a year. In a few short months, she had already developed their passion for the industry and was thrilled to work with employers who shared the same core values that good business (and life) is: innovative, honest, and hard work. That was the year 2000.

Today, Kally is the Operations Manager for Box Home Loans over fulfillment at the company. On a daily basis, she is in the day to day fulfillment of loans for our clients. Besides helping to manage the mortgage process, she is a problem solver and huge asset to the management team. Nothing gives her more satisfaction than to save a loan on the verge of decline and make both the client and staff successful in their goals. Box Home Loans is an extended family for Kally and her husband Cliff and wouldn’t have it any other way.

McKay was born and raised in Pleasant Grove, Utah. He’s married and has three wonderful children. His favorite place to be is anywhere with his family. He loves fly fishing and golf. He has a life-long passion for the Chicago Cubs.

Jeff Reeves came to him and asked him if he would be interested in a job with the new company he and his partner were starting, McKay leaped head first into the startup known as Box Home Loans. He was 22, going to school full time and figured it would be a good job to pay the bills until school was finished. Fast forward to today and he’s still enjoying the excitement of Box Home Loans. McKay was the first employee and loan officer at Box Home Loans and has seen the company grow from only lending in Utah, to now a team of loan officers and lending in 25 states (and growing). The thing he enjoys most about being a part of the Box Home Loans team is that the company is always striving to become better. 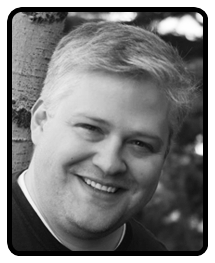 Totally Awesome Developer. Too awesome for a bio today despite the fact that he has perhaps the best vocabulary in the group.  But then again, he’s a computer guy–and computer guys don’t write bios.

Nanette started in the mortgage industry in 1978. She jokes that she is not as old as that date makes her sound! She launched her mortgage career as a keypunch operator,  dealing with magnetic tapes and a 70’s version of a computer that consumed 1,500 square feet.   She advanced her way into a role in accounting, investor reporting, loan processing, and eventually underwriting at Ogden First Federal.

She is a rare breed of underwriter, possessing an inhuman amount of knowledge without the ego that typically accompanies that.  She never wanted to be the ‘person in the ivory tower that no one liked’ in the mortgage business. She has made it her goal to not be a roadblock for buyers to get a loan, but be there to provide information and knowledge to buyers to ensure they will be able to navigate through the process of making one of the most important decisions in their life.

Nanette has seen it all in the industry, and now heads the Underwriting Department at Box Home Loans. She ensures the company is aware of current lending guidelines, consistent and thorough in decision making, and that all underwriters are aware of deadlines that they will meet or exceed expectations of everyone involved in the loan transaction. 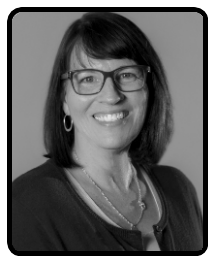 Naomi was born in San Diego and as a young girl, moved to the beautiful, rugged town of Coos Bay, on the Southern Oregon Coast. There, she gained an appreciation for the raw beauty and power of the ocean and the forest. She attended college at Brigham Young University where she studied Fine Arts and Communications. She met her husband and best friend David while attending school. They have 3 energetic children and spend their time running, biking, backpacking, skiing, design and anything that stretches creativity or physical limits.

She and her husband David owned their own successful interior design business as well as a nutrition store. They were neighbors with Aaron who couldn’t hire people fast enough to handle the growth of the company. Naomi and David both decided to make a change where they both have excelled in their individual roles as Processing Manager and Loan Officer.

Naomi’s role is to ensure that loan files are processed efficiently and that clients are able to close on time. She effectively manages this team and excels at her role. She strives to ensure all clients are taken care of and their needs are met. Her top priority is to ensure that after closing, clients will want to recommend Box Home Loans to their friends and family because of the positive experience they had.